It took us three days of running to get around to the other side of Corsica to hide from the forecast winds. It’s a pretty big island! Had to pass by lots of lovely places in our rush so would be good to come back sometime. The forecast wavered a bit, then for the last four days it been blowing its tits off to use an old family saying. Apparently a cruise ship had some windows blown out and abandoned the trip so must be bit rough out west where we were. Certainly been a good test of the anchor and you know it has been windy when 20 knots is quiet…

Continuing the back story; with the return of the hire car looming we needed to get to Pisa for some sightseeing. We well over achieved the phones fitness targets as we parked just outside the metered parking area. The Italian’s love to charge for parking!

We found the beautiful marble 13th century church Chiesa Di Santa Maria Della Spina. Apparently it was moved further from the river to be safer and this took from 1871-1875! Must have been just about in the river as it is now sandwiched between a busy road with boutique shops and the river. 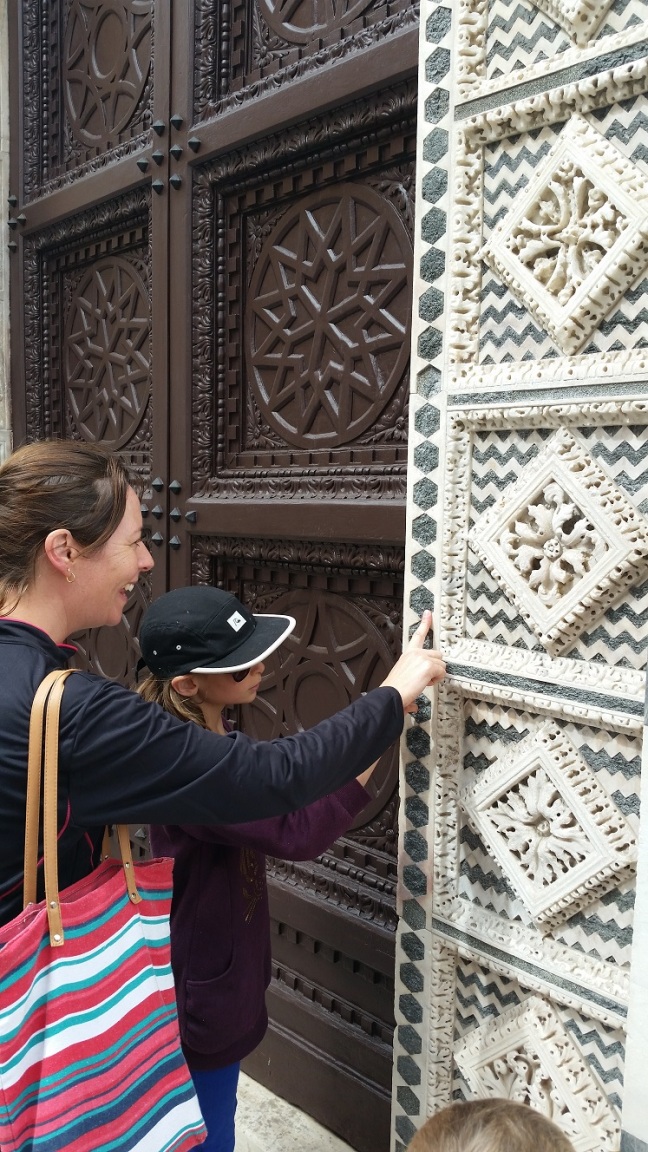 Found a great gallery and museum.

And some pretty cool statues and doors. 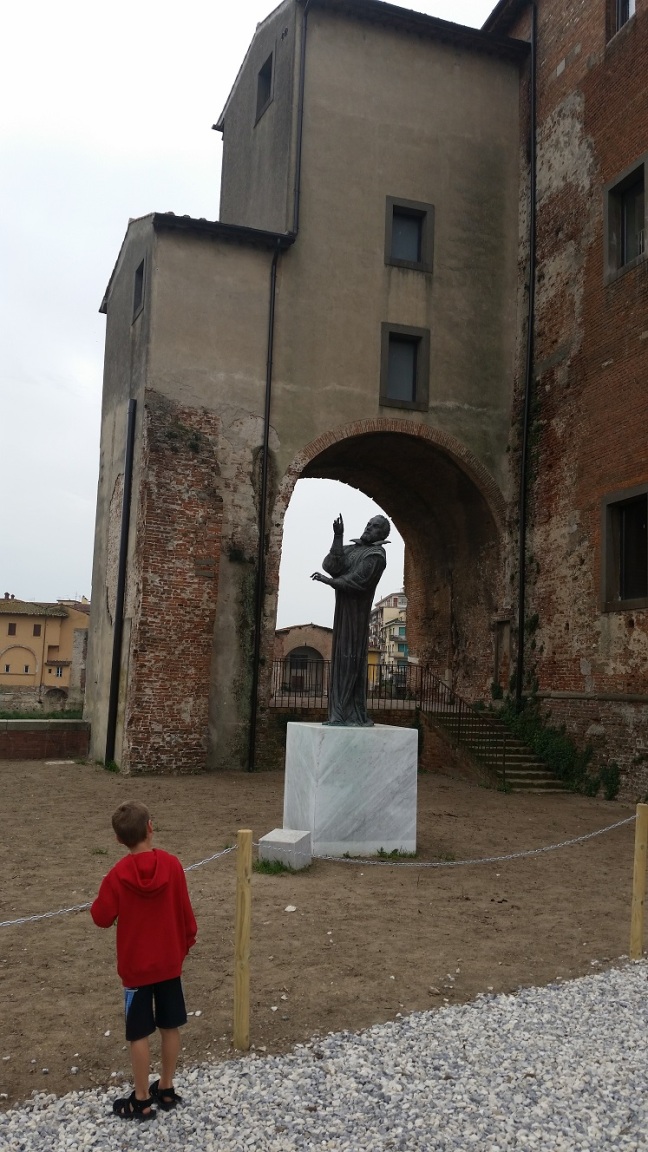 Did the leaning tower along with the hordes of other tourists. 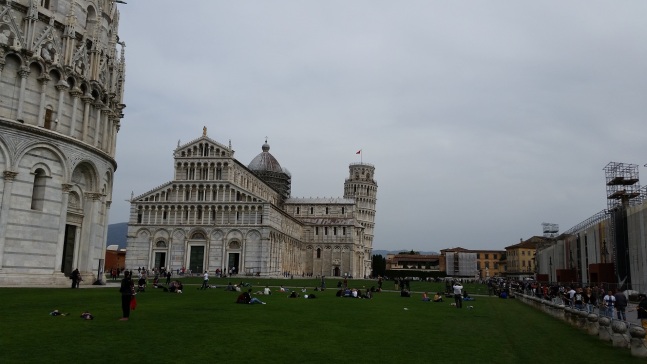 Greeted by very hard to photograph dolphins as we headed back up the Cinque Terre coast. 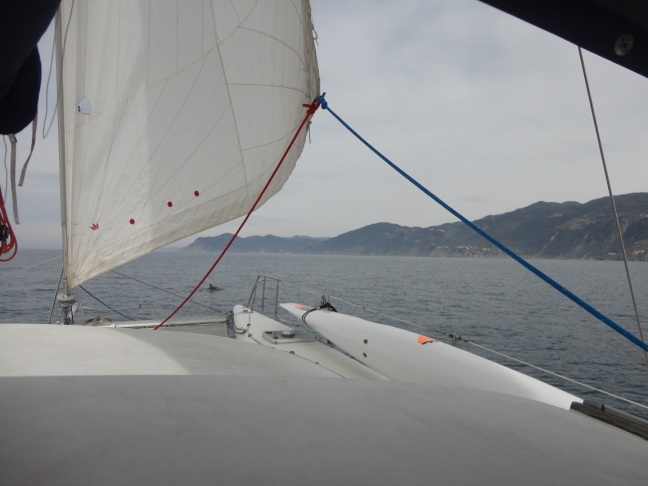 It’s not all a bed of roses as the other toilet threw a wobbly after being fed a wet wipe. I may or may not have also thrown a wobbly. I am becoming familiar with the toilet dunk procedure off the aft deck.

After mission success it was time for the first (short) swim of the season to clean up.

A building swell chased us around the corner to Monterosso Al Mere for the night. 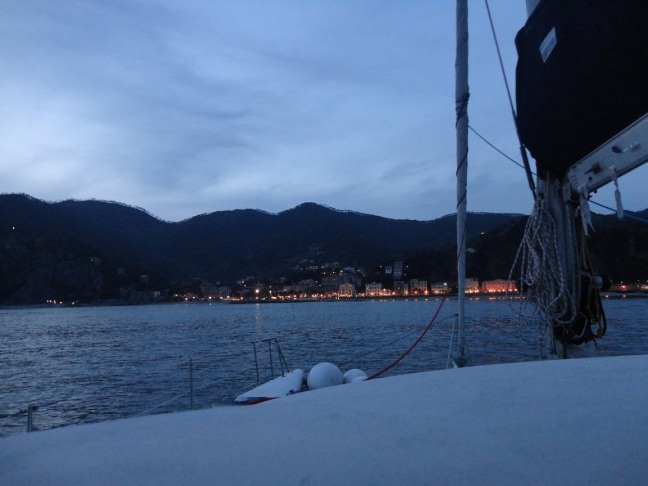 Payoff for all the work to maintain the boat and travelling is a classroom like this. 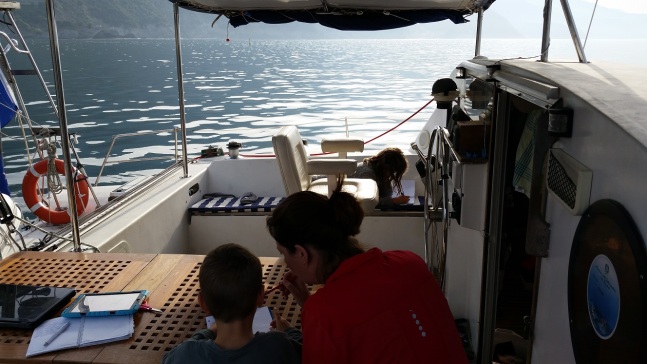 After the morning chores we headed in to explore the town.

Such a huge bay and the only other boat parks right next to us..? Blocked a super awesome photo looking through rocks too.

Really wanted to get up to Portofino but strong onshore winds forecast and no shelter chased us back into La Spezia. Beautiful motoring back down the coast. Past to postcard towns.

4 thoughts on “Pisa and Dolphins”