Somewhat nervited we set off on the 125Nm jump from Sardinia to Rome with a reasonable forecast of “only” 25 knots but broad reaching. Turned out to be a lumpy jumpy romp almost close hauled with very slightly eased sheets.

We were joined by dolphins for an extended play a couple of times which was very cool and alleviated the mood.

The long fetch up to the French Italian border made for some lumpy water. The hills of Corsica had disappeared into the haze at 35Nm off the coast. The sunset was beautiful and backlit the hills when we were 70Nm out! Them there are some big hills! No wonder the wind doesn’t bother to go over them but funnels through the wind factory between Corsica and the equally impressive Sardinian hills. 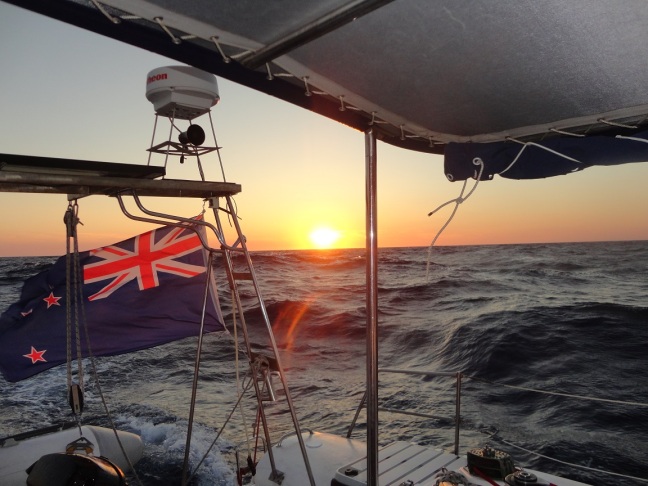 We went through several sail changes and overnight under #3 reefed main and reefed jib. In fact I had trouble slowing the boat down below 5 knots as we got close to Rome so we could arrive at the Fiumicino canal in daylight for the morning opening of the two bridges. Cool to have our first sunrise on passage. Getting into the canal was an experience… I had not anticipated the morning rush hour wanting to come out after the bad weather we were in. Being a multihull we could not fit past other boats as they queued up coming out. Here we are juggling the outgoing flow waiting for them to pass. The road bridge in the background is already coming down and they are trying to close the pedestrian bridge on us. We squeezed through and spent the day trapped with the fishing boats between bridges catching up and sleep and baking in the sun.

Another nervous moment seeing if we fitted under the road bridge on the evening opening time and then we were safely tucked up in the excellent Constellation Nautica marina. www.constellationnautica.it Phew. These guys were fantastic and we Highly recommend them. There are several easy links directly into Rome and Errico and his staff are fantastic.

Rome was a must see for us. So much history seeing as it was the centre of the known world in the olden days as the kids call any time earlier than them. Jumping off the bus at the Vatican we found a lovely park to refuel at. Amelia made friends with a cute dog and then friends with his owner the lovely Lara. Who then quickly volunteered to be our tour guide! Excellent! Thank you Lara! 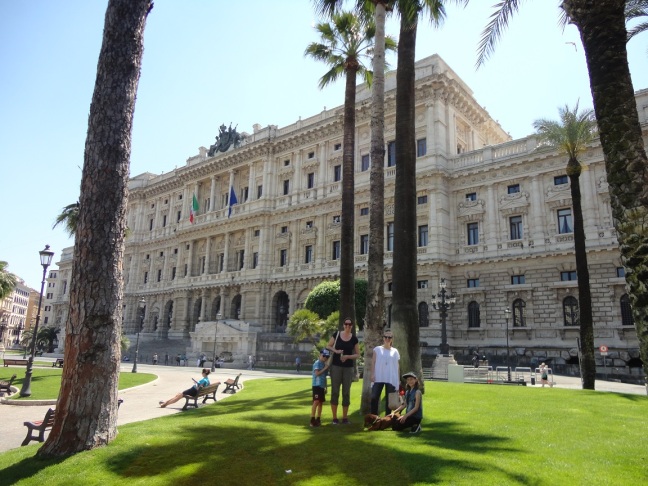 So in the culture and historical centre of the olden days the kids were in heaven when the first stop was a Lego shop! When in Rome… 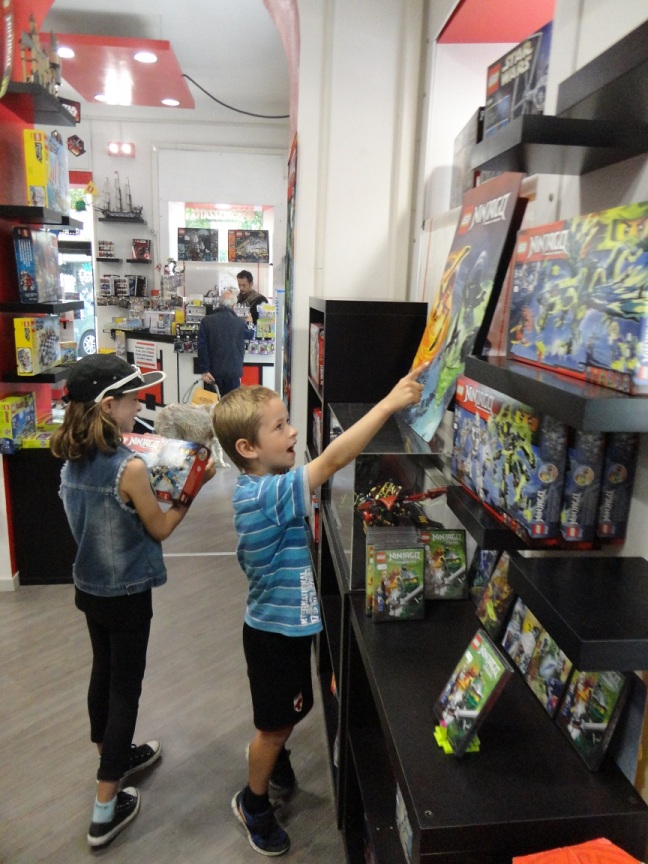 Doing the tourist thing in the hot sun with the throngs of people and bag of Lego. Yes, all those specks in the background are queues of people. 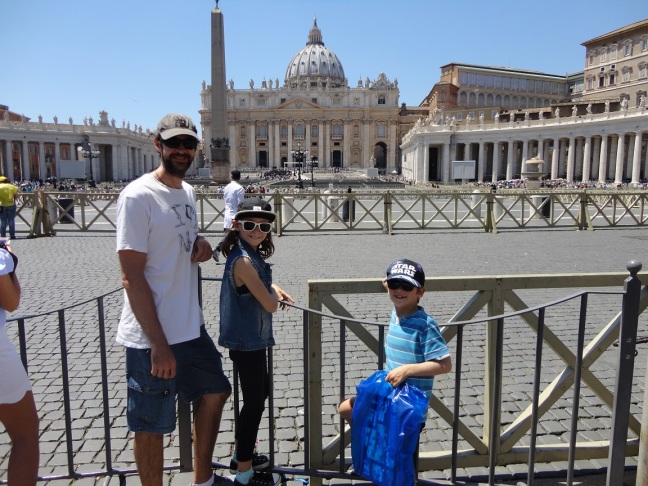 The next day was a “rest” day helping the yard launch 7 boats. 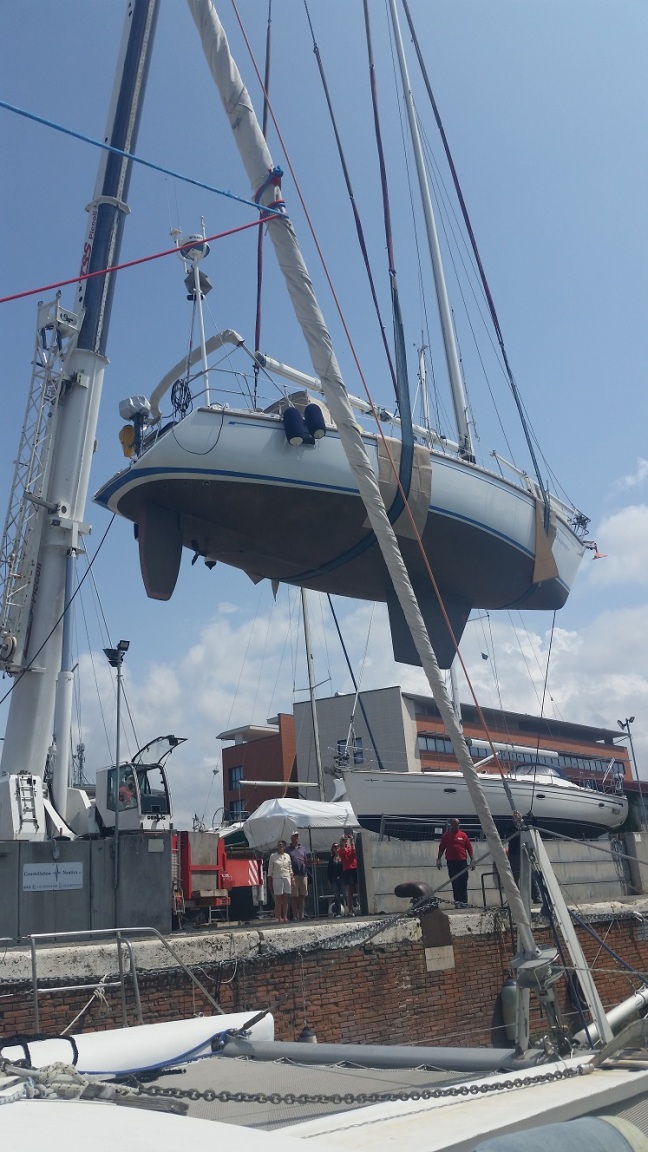 We were even allowed to hold ropes once we showed we knew what to do with them. 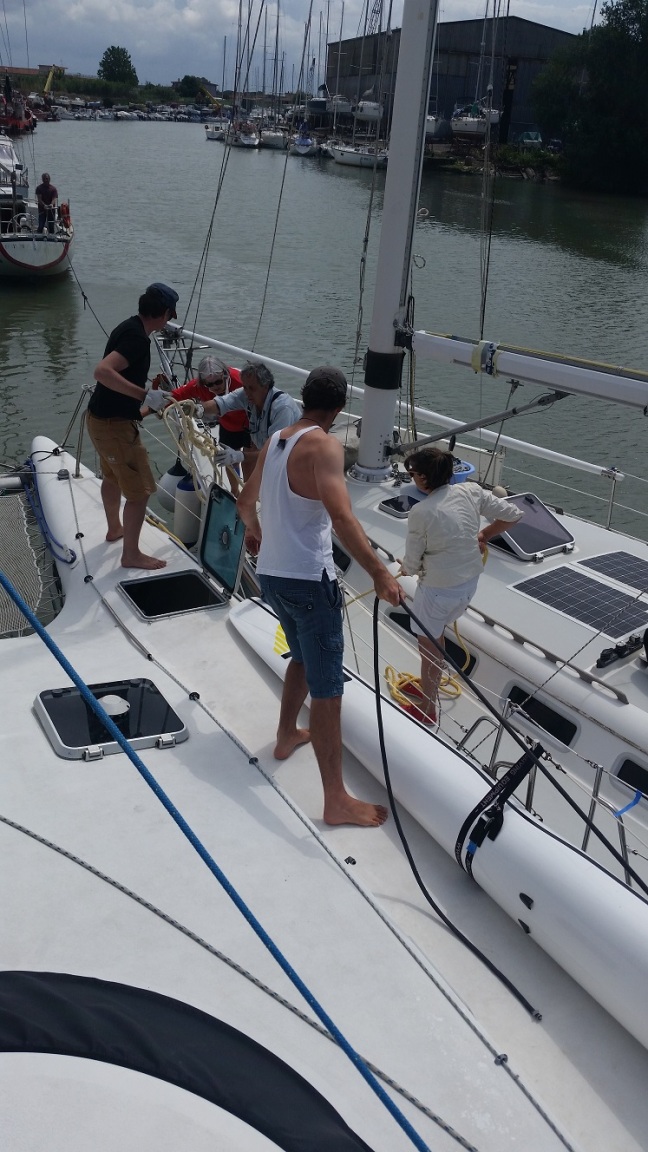 The evening’s entertainment continued with a compulsory invite to the private area of the yard where Errico made a touching heartfelt speech followed by Chris declaring that in 10 years of cruising the Med she has never found a better yard and atmosphere. 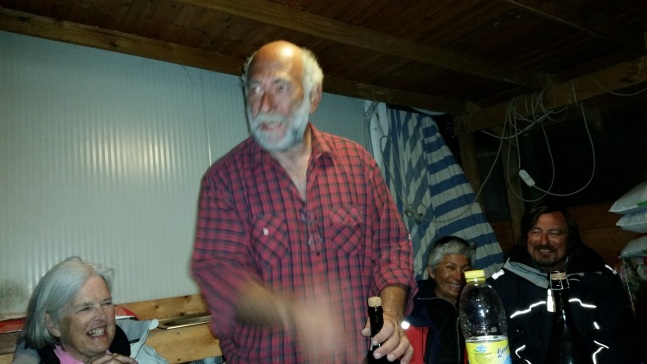 Laurence had kindly sorted us with a 3 day itinerary to see a little of the highlights of Rome. When our new friends proclaimed that in the 10 years of coming to Rome they were still discovering new things we really could only hope to brush the surface. And with kids in tow there were only so many toy shops we could stand…

The real life view, complete with spitting image of my sister just a few more tattoos

Another thank you to Laurence for this tip. Buy your Vatican tickets online people or you will stand in this queue that goes around three corners!

It was just as busy inside. Full of amazing treasures from the olden days. Creeped the kids out with a mummy unwrapped lying in state. Creeped me out with the rumour the original torture machines are still in the basement. 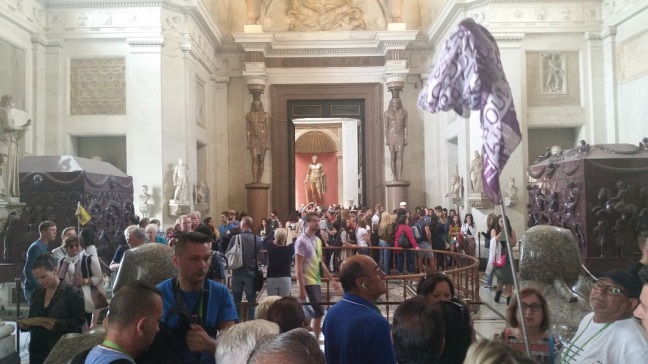 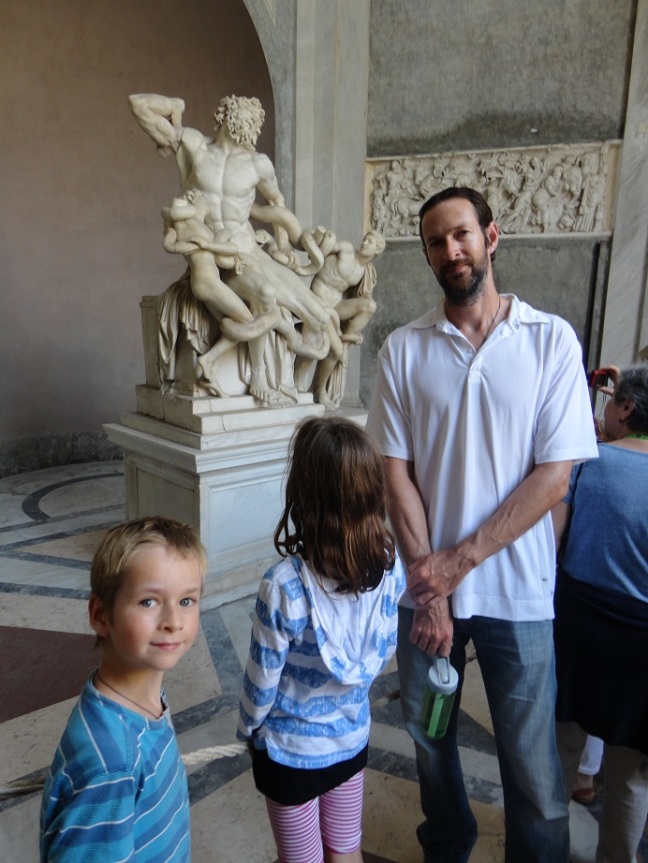 After so many stunning sights we were wondering how impressive the Sistine Chapel would be. Even with standing room only and the guards shushing people taking surreptitious photos it was still worth it.

And all too soon it was time to say goodbye to new friends again, this time we were running to catch up with old friends. 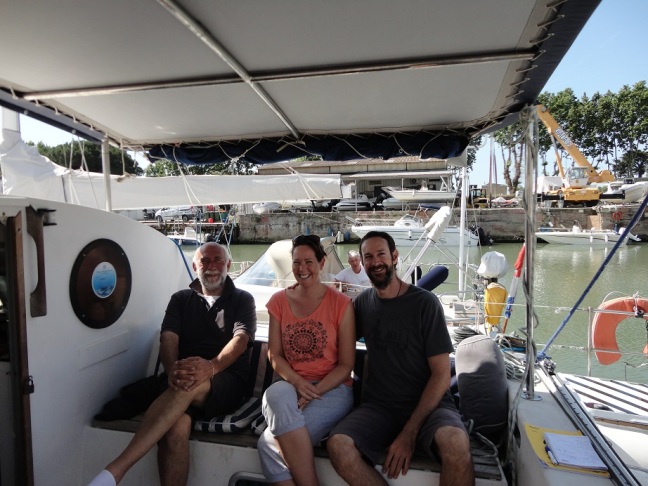