With The Blow forecast to last several days we planned to head into Porto Vecchio where we could see the town and a few shops. The early morning start (again) meant we missed the bulk of the wind and got to see some pretty clouds. 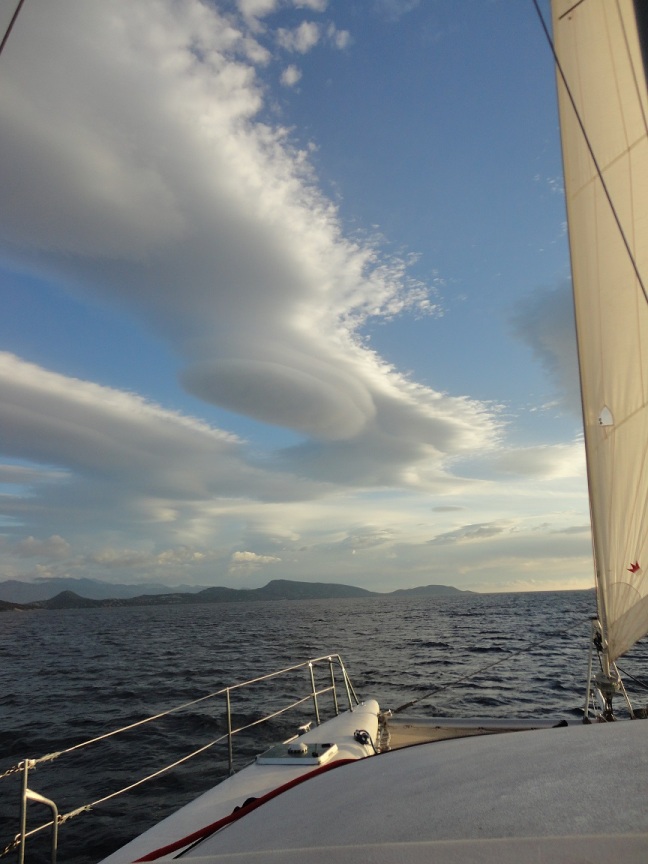 So how windy was it and why so much trouble to run for 3 days to hide? Windy enough to blow dogs off their chains… Here is Boston crazy dog off his chain. For the boaties who know pictures always make the seas look flatter that is 150m fetch and the wind is “interesting.”

And for Bob who cheekily complained there were not enough toilet stories here I am elbow deep in a toilet for the third time after the phantom toilet breaker struck again. Strike #3 turned out to be a failed motor shaft seal and the motor gave up after being filled with, well lets just call it toilet water. Shortly after this picture was taken the French customs guys arrived to check our paperwork. They seemed pretty pleased when I washed my hands before taking their line. Amusingly they were not surprised or concerned that we had not been able to check in at L’ile Rousse or Calvi. 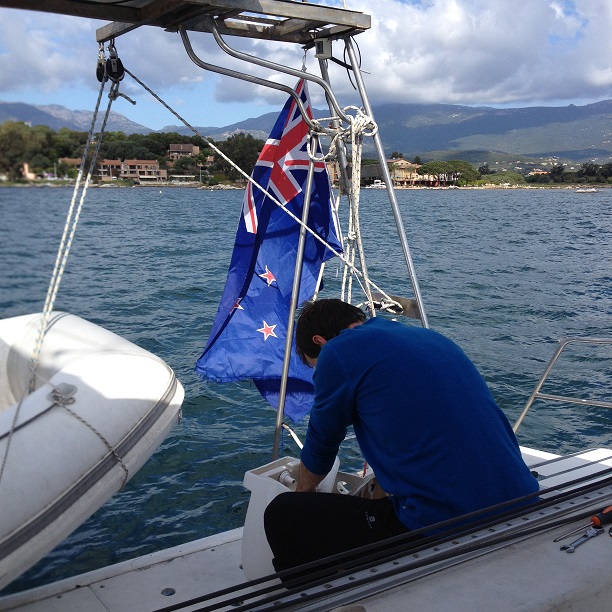 During refreshingly bracing dip I noticed the port saildrive had somehow dropped its zinc. As saildrives are very happy to corrode away this was an issue. My mission was to replace the two part zinc in the water without dropping anything any or the five pieces I was juggling, particularly either of the two Heavy zincs, getting the two screws to hold then together and in the right place and keep the allen key all under cold water…

After several days hiding and a few shore excursions it was time to move on. Running out of Porto Vecchio the wind was piping, again, and forecast to last several more days. Got a new boat speed record surfing out the harbour at 11.7 knots under jib only.

We spent a couple of days at this stunning bay.

It did have an eerie abandoned nudist campsite and broken down buildings in the corner, but made up for it with its own mini me castle on the island.

View from the top of castle island. Glad I didn’t cut the path through the scrub. It’s not amenable to bush bashing being very dry and happy to scratch and poke.

Dinghy driving lessons off the see the dragons cave with 30 knots and no lee shore closer than 100Nm. No wonder I am watching closely…

And then the moment we had been waiting for arrived! A few days of calm weather! Yay! We headed off for the island Lavezzi with a park map form the tourist office. No Way would I have taken Drakkar into the nest of rocks without the local knowledge as it looks ridiculously small and hazardous. We had a lovely relaxing afternoon in an almost empty cove.

The next morning the tour boats started arriving and the island was packed with day trippers. This boat guide called out you-hoo to us through his commentary as he came close enough to pass a coffee. You-hoo has since become part of our boat language…

We met the excellent Pascal who is on a 100 day voyage on his well set up 23.5’ tri. (When you are 23 feet long that extra half a foot counts!) I was quite impressed that he did the crossing from France to Corsica in the tail end of the high winds although he admitted it was a bit sketchy… See http://www.simalomed.over-blog.com 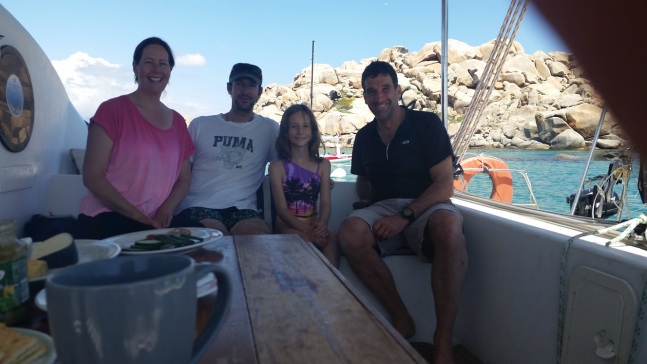 Pascal’s tri and general entertainment in the bay.

I had a great paddle around the island in the stunningly clear water.

Amelia loves all creatures and it’s amazing what she can find. Here she has just spotted another. 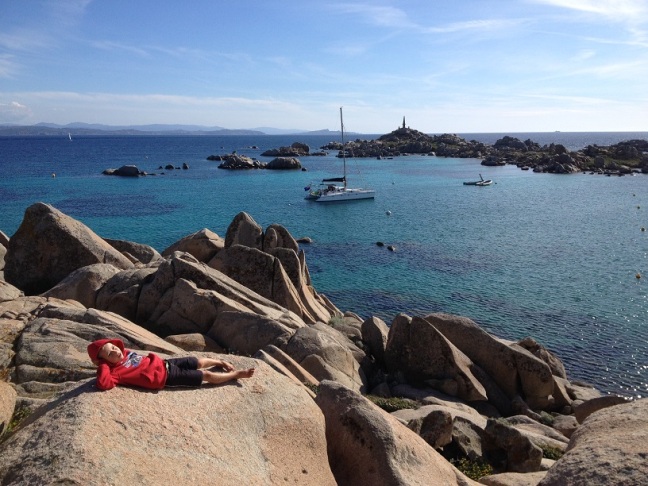 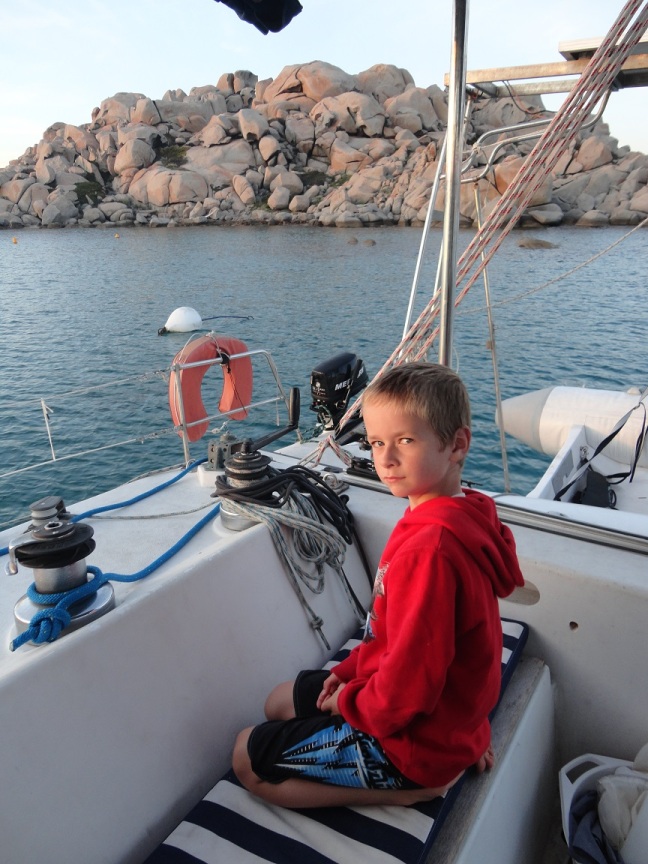 Attempted sunset shot on our last evening before the wind was due to come up again and chased us out of the rocks. Ironic that the Corsican flag has not liked the wind in Corsica.

2 thoughts on “Dedicated to Bob”