Long time no blog post sorry. We have packed a fair bit into the last few months and are now back in NZ creating our next adventures.

In the last post I touched briefly on the amount of work staging and marketing Drakkar for sale and the harsh disappointment when the nice Australian family suddenly reneged on their sale agreement after 17 days of discussions leaving us back behind where we started selling Drakkar and trying to drum up more interest in her. Now we felt like we were stuck in limbo and had some of the most challenging days on board. It’s pretty hard to capture this in photos amidst the beauty of the Caribbean but this shot suggests it. Here are we not really knowing how soon we can make things happen, dreaming and shopping for the next adventures but stuck in limbo with lowballers and time consuming tyre kicker shoppers. The lowest we were offered was USD 40k, Seriously? That one did not even get a reply. Add in tropical summer heat and often stifling humidity (I’ll never complain about Auckland’s humidity again!) and showers rolling through so the boat has to be closed in and not being able to go too far with the uncertainty of buyers wanting to plan visits and you get an unhappy mix and some frayed tempers… 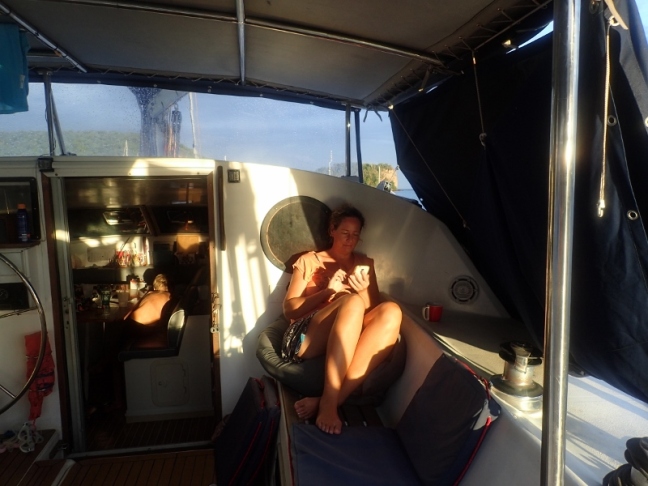 Oh poor us stuck in paradise? Maybe. So we skipped back up the coast to our secret happy spot just under Carriacou for a change of scene. Saline Is was too busy with two boats in there, how rude! A good reason to explore the tiny White Is right next door.

Mia’s birthday was the excuse to head back to the fleet at the bottom of Grenada. A lovely light forecast was the ideal time to run down the usually rugged windward coast to circumnavigate Grenada. We had a fantastic sail in light close reaching conditions dragging off another catamaran and topped off with a rare fish catch of a nice sized tuna for the beach BBQ party. Yay! Mood reservoir restocked for a few days. Also helping restock the reservoir was our great bunch of friends. Here is another awesome afternoonsies on Trismic. Missing all you guys. 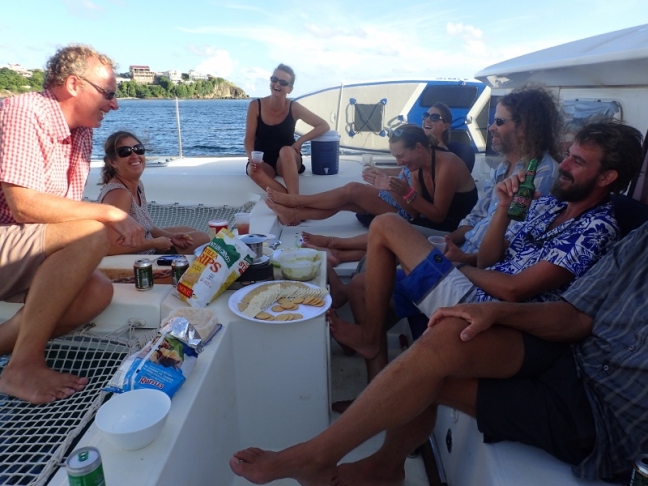 Another big disturbance passing north was forecast to swing the wind around the compass as it hoovered up everything in the vicinity so kids boats all hid on the east side of Hog Is. Nahanni had a wee moment approaching the anchorage with an engine stall. Very nice timing in the large bay after running the reef pass and just behind us. Our dinghy was launched in record time and a side tow practised for some entertainment. Always have contingency plans boys and girls.

Hog Is became a kids paradise on par with the famous Explorer Is back in St Martin. Very good motivation for the morning’s school work and chores so as to be allowed to free range alone on the island! Nahanni’s fantastic rigid dinghy did the rounds to collect the kids, this shot is them departing Pierina. 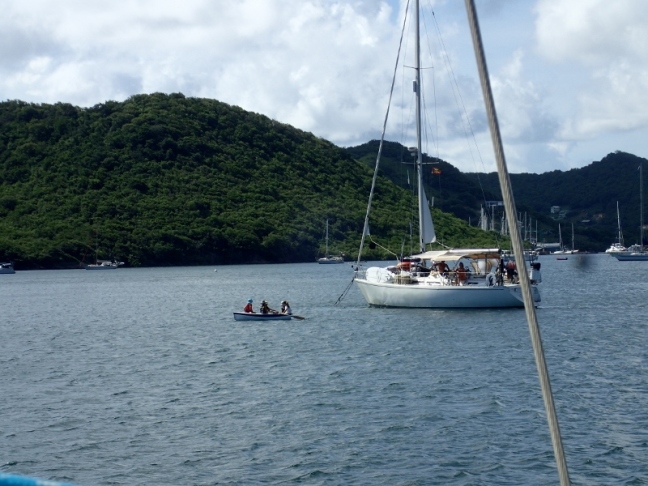 Another Drakkar afternoonsies institution with the kids boat crews; Mahia, Pierina, Itchy Foot and Nahanni. Trismic MIA with a trip back to Canada. Camera dazzled by Mia’s brilliance in the cockpit adult zone. 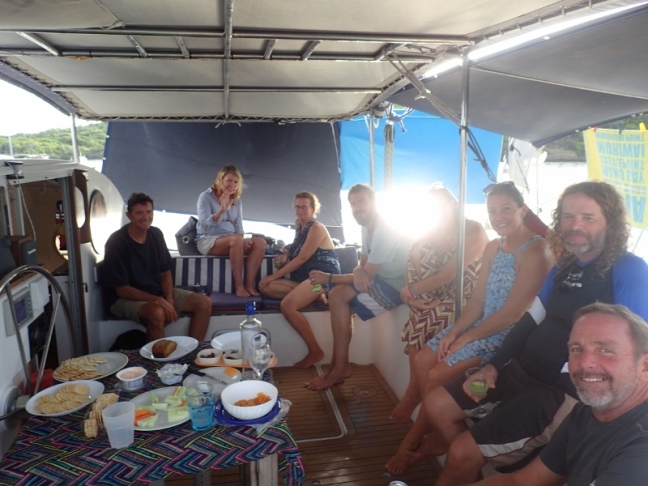 Seeing this photo really makes us miss all our friends and Drakkar. 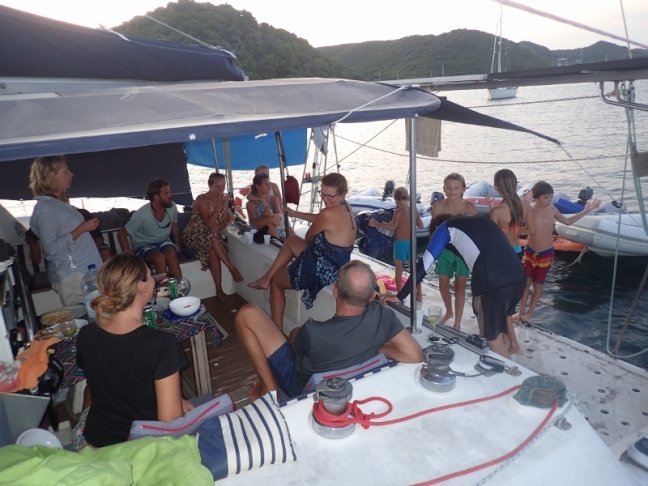 Teo rather happy to have pushed both wrestling Mahia boys over while they were too busy trying to get each other in. 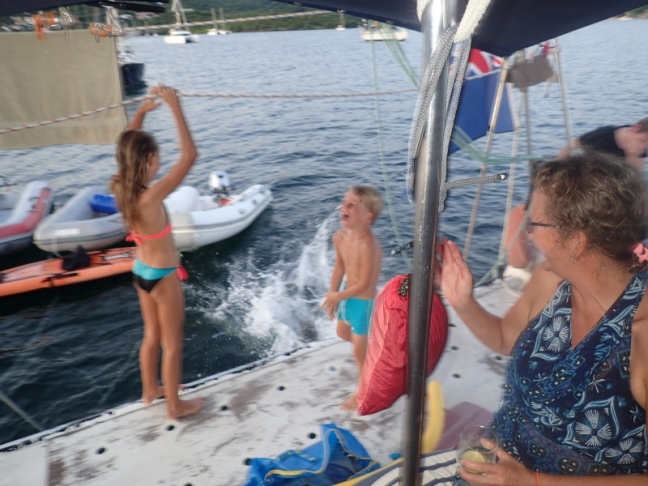 You know you are in the Caribbean when a truck passes you with the tray filled with guys.

The return of the explorers after another Hog Is mission. So good to see the kids out being kids and looking after each other. 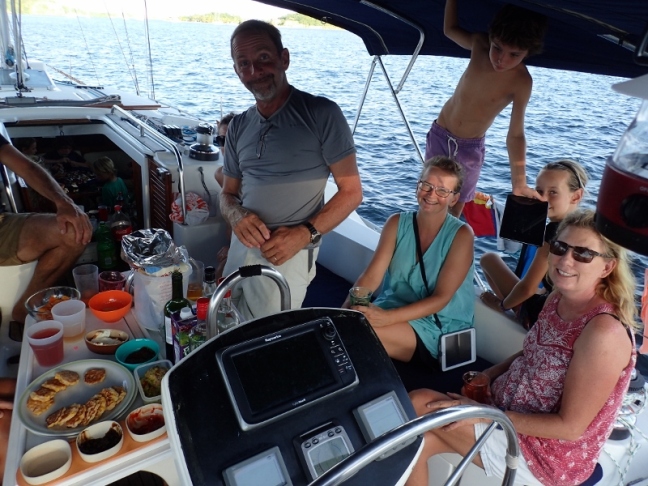 Itchy Foot was the next boat leaving the fleet and heading West and downwind. The amount of rum consumed for this photo will be neither confirmed nor denied. It was a pleasure to pass on some of Boston’s Star Wars clothes as we downsized preparing to head back to NZ. The expression on superfan Teo’s face was priceless. Fair winds friends. Looking forward to next time we see you guys! 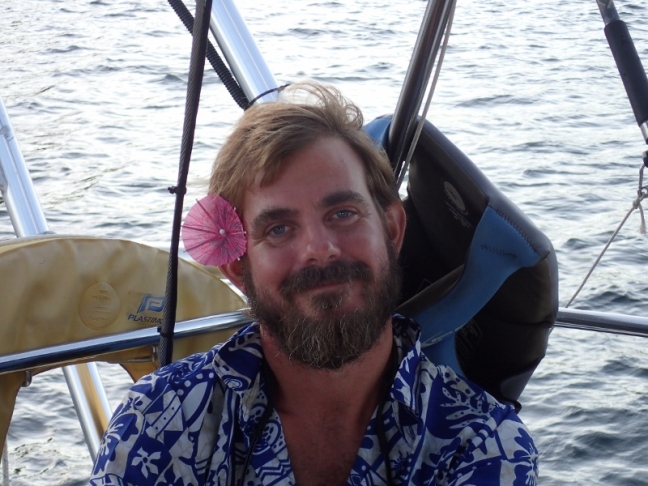 Sold the boat a second time on a verbal agreement. Only to have the guy back out when it came time to sign on the line. Bugger, this is getting ridiculous. The stuck in limbo emotional rollercoaster was tough that day. Some FB support on the boat sale sites was nice. One guy sold his boat four times before the deal finally went through with one ‘buyer’ being arrested by the FBI for fraud the week before settlement.

Back around to St George and the foredeck swings are getting bigger.

Walking up to Fort George overlooking St George and St George anchorage to get a view we walked into the fastest tour we have ever had. The “guide” speed talked us through the history of the place and in 3min had shown us the top, the view, the police force’s cobblers and taylors, taken 4 photos only at our insistence and was hustling us back down the hill for a tour of the town and his mates shops. We politely excused ourselves on the way down the hill with only a small contribution explaining that we had been on the island for several months and had seen the town many times thank you. This is the place the violent coup went down and is still police headquarters. In the photo I am rocking my USD 2,000 tee shirt. Haul your boat, spend over USD 2,000 in the yard and you get a “free” tee shirt to advertise them. 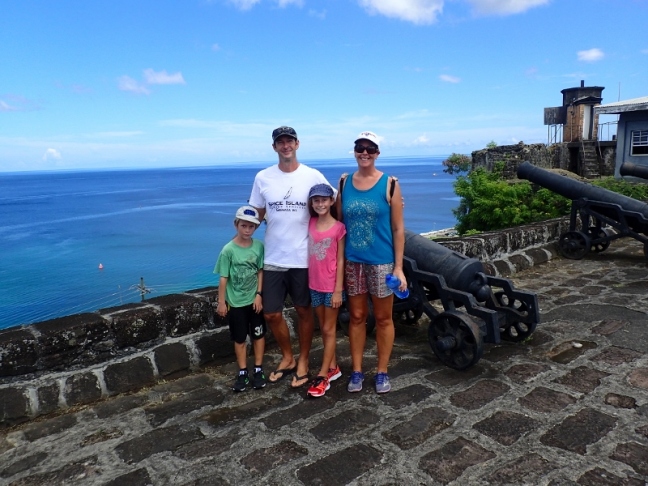 The last anchorage we had not explored was Mt Hartman Bay. It was amusing how each anchorage had its own flavour and locals. Maple were keen St George anchorage crew. A lovely open roadstead off the main town but make sure your anchor is secured in the poor holding. Prickly Bay is the famous cruisers hang out and often packed. But 20% of the time is very rolly as it is not well protected. Hog Island is where the Long term grey beards hang out. Boats that go there tend to never move again. Mt Hartman and Clarks Court are very protected bays and gather the serious cruisers who like all round protection. We liked to move around some to retain our sanity. We would be amazed to come back to a bay after exploring for a few weeks and the same boats still haven’t moved. Everyone has their own style I guess. In Mt Hartman the teenage kids boats had gathered and gate crashed the Secret Harbour hotel complex and pool. The younger kids boats crews quickly joined in and it became and afternoon ritual. Nice to hang out and watch our boat in the bay while the kids played.

One afternoon while indulging in my favourite pastime of watching boats in the bay, including mine, I was somewhat surprised to see a monohull drive straight into the outlying reef! It went from, hey, that looks nice sailing in. Hmm, he’s a bit close. OH, there’s a big set breaking across the reef straight in front of them! Ahhh, they have turned away. No, they are aground and lots of antifouling is showing! Oh No! I turned the mobile VHF on and there was nothing on air so I called a Pan Pan to alert boats in the bay. A rescue effort was quickly organised by the cruising community and by the time I had got down the hill to my dinghy and out to the boat there was a swarm of dinghies trying to help. Lots of goodwill but lacking in direction and power to pull. Tim was a concerningly close distance to the casualty boat and managed to get his prop tangled in lines and then was swamped by a big set breaking on the reef nearly going horribly wrong. The crew of the boat were freaking out a bit and it was horrible to watch the bigger sets lifting her up and dumping her back down. The local ferry quickly arrived and tried to pull them off with an undersized line while dinghies attempted to heel the boat over. I got well out of the way as it was quite sketchy even with it being a calm day. Half an hour later the coastguard arrived from their base in the next bay and were able to lean the boat over so the ferry could slide her off. Luckily the reef tax on the boat was light with rudder damage, big scrapes and not taking water.

Trying to get a good photo of Drakkar and got photobombed by the lovely Pierina crew. 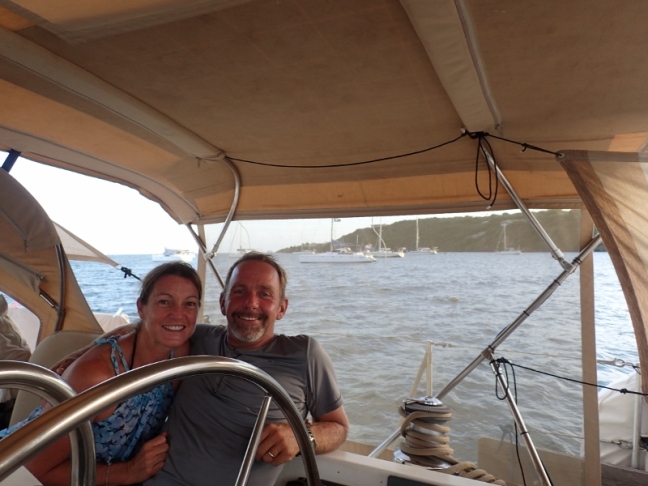 I had been following the great Totem crew blog http://www.sailingtotem.com/ for years before we got out here so it was awesome to meet them. Slightly ironic to be meeting them as we were preparing to leave Drakkar after almost two years sailing as they coach people on the journey to adventures on boats. Such lovely, authentic people! 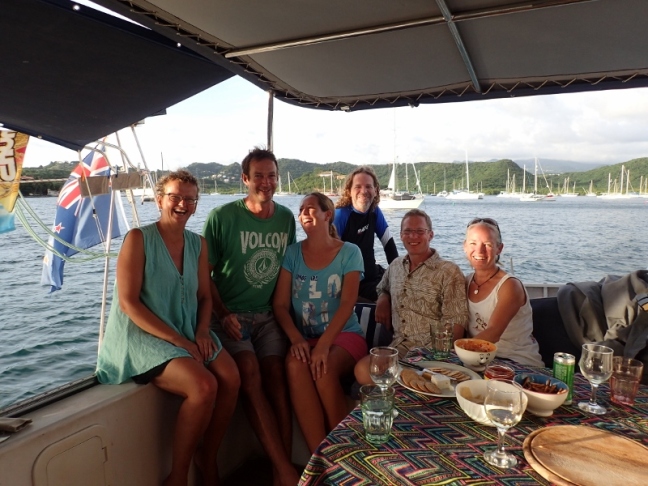 What do you mean that’s it? 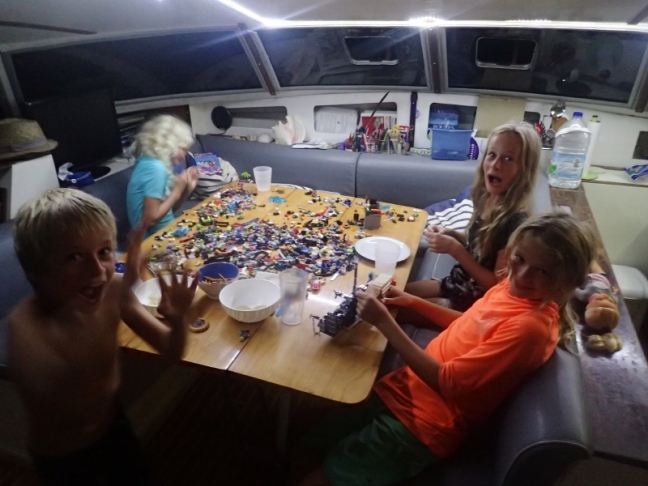